Migration and Remittances during the Global Economic Crisis and Beyond is a a new book published  by the Bank (edited by Sirkeci, Cohen and Ratha – see here). Alongside the main argument that remittances are largely proven to be resilient during the crisis, it reveals few more insights and poses a more questions than it answers. A decline in remittances and migration flows around world was expected at the beginning of the crisis. The dynamics and determinants of why and how remittances sent and used is also of concern. The book is a first step to answer these questions while also bringing academics and practitioners together across disciplines compiling the volume covering 7 regions and 25 country studies. The focus is on those countries with significant remittance inflows and established migration histories. Therefore South Asian countries and some smaller nations receive more attention.

Despite regional variations, overall only a small decline in remittances is registered in 2009 and we have not seen a mass return migration, nor migration stopped. For example, intra-EU flows were down 3% only. The most recent data shows that nearly everywhere remittance figures are increasing rapidly since then.

In certain case studies and tests, it is found that migrants’ income levels and employment levels are key short term determinants of remittances. On the other hand, there is also evidence that migrants, despite difficulties faced in host countries due to the crisis, kept sending remittances home. One explanation for this is that the repercussions of the crisis in countries of origin were harsher than host countries. There is also some altruistic behavior on migrants’ part as they tend to send more remittances when the country of origin faces crises as in the case of remittances sent from Germany to Turkey.

Migrant women seem to send a larger portion of their earnings to home. At the same time, there is evidence from South Africa that women in recipient households benefit less from those remittances sent compared to their husbands, brothers, and fathers. Empowerment of migrant and non-migrant women may help to correct this imbalance.

The book does not answer all questions posed by remittances and the crisis and it should be noted that a seemingly simple phenomenon, remittances are very complex to understand and explain. There are so many avenues for research to exploit in further studies. 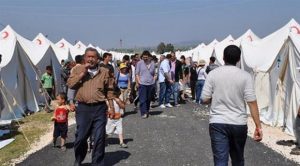