Coronavirus and The Empire of Fear

Our memory is very weak. Most people don’t remember anything beyond the last ten years. Besides we remember a tweaked version of the past experience as Daniela Schiller, a Mount Sinai School of Medicine neuroscientist, once put it wonderfully. This is why after a decade or so, we hear glorifying stories of horrible leaders whose smiling and relax photos flood the social media. Only those brave enough to go through some archives remember the exact record.

Does anyone remember, for example, why are we taking our belts out at airports? Why are we testing the miniature toiletries that we carefully place in transparent bags with 100ml tiny bottles? Why do we go through more sophisticated body imaging machines at airports? 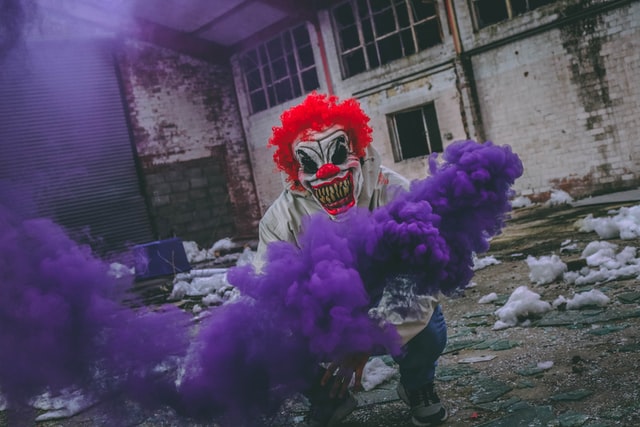 The answer is the 9/11 New York and July 7 London bombings for sure.

However, we don’t have any evidence that one can hijack or drop a plane with a bomb made on the go using a bottle of 125ml perfume, but not 100ml. Yet you have to follow the orders since that security officer next to the body scan is overpowered and can get you arrested if you don’t obey.

We know the perpetrators of the New York attacks didn’t pull out their make up bags with giant lipsticks, and/or took off their belts to hijack those planes and crashed them into the World Trade Center. But every year, billions of people are subjected to these controls. Total absurdity!

The causality doesn’t matter here. When one begins talking about ‘terrorists’, everything else subsides. Nevertheless, there is a perfectly reasonable and widely accepted cause for these attacks. There is scientific evidence, anecdotal evidence and it is obvious to the naked eye: This “act of terror” is impossible to the size of your lipstick or perfume but surely linked to the invasions of Iraq and Afghanistan. Yet, we did not do anything about it and continued attacking and invading these two countries until they became an unquestionable hotbed of terrorism and unimaginable violence.

Instead, we stopped people bringing in a small bottle of water or a family size perfume!

Long story short, ensuring the obedience of a majority through fear is always more effective and quicker than many other methods we know of. To establish and maintain the governmentality of fear, all you need is exaggerated hearsay and some anecdotal effects while staying away from any scientific evidence.

And with COVID-19, it’s not just the disease and death come. Although there is not yet a consensus on the origins, causes and how to deal with this pandemic, some patterns have already emerged to change our lives substantially. For example, soon it may become difficult to go out on the street without a mask in London and some other cities. It is still an ongoing debate and we must take sides thinking about the long term impact. It is worse perhaps but yet similar to the 100ml perfume ban. We think masks are effective, but the scientific consensus isn’t there. Nevermind, it will dawn on us and we will all follow the suit sooner or later. Measuring our fewer before boarding a plane may become a rule too. You can extend the list as you wish.

In the meantime, don’t expect much reasoning. Whispering a scary scenario will be convincing enough. The louder and more frequent it gets the better. We won’t hear the rest. There will be more measures such as washing hands every hour can be an obligation in workplaces. If lucky we may even have some forms to register we washed our hands, or maybe an App. We’ll follow unconditionally. ‘Freedom of not washing hands’ will possibly be part of the literature.

If that is not pessimistic enough, more to come. The COVID-19 crisis has also paved the way for bold xenophobia and racism. Yet, it’s so fresh, the funerals are still waiting, but I’m sure the far-right, nationalist groups have already begun rehearsing.

At the same time, however, we see in a number of countries, authoritarian-leaning regimes are exploiting the emergency measures against their already weakened democracies. It becomes difficult to see how much of social distancing and outdoor bans are to protect us from the virus and how much is to curb and control rights and liberties.

I concede there is some good news. COVID-19 also brought about a culture of solidarity. The virus is infecting pretty much everybody, rich and poor, powerful and powerless alike, albeit not in equal proportions. Nevertheless even this is a bit of consolation for the devout optimists.

Spring and summer are ahead and there is still reason to be hopeful.