Ibrahim Sirkeci is Professor of Transnational Studies and Marketing and the Director of the Regent’s Centre for Transnational Business and Management (since 2010) at Regent’s University London. Sirkeci has also served the Head of Marketing Subject Cluster (2019-2020) and Interim Assistant Dean for Research (2019) in the Faculty of Business and Management. Before joining Regent’s University London, Prof Sirkeci worked as a Leverhulme Research Fellow at The Centre for the Study of Ethnicity and Citizenship in the University of Bristol (2005) and as an Assistant Professor in Management and Head of Department in Tourism Management at Atilim University in Ankara, Turkey (2003-2004).
Sirkeci completed his BA in Political Science and Public Administration at Bilkent University (Turkey) (1997), studied towards an MA in Economic and Social Demography at Hacettepe University Institute for Population Studies (Turkey), and then transferred to University of Sheffield (UK), where he completed his PhD in Geography (2003). Prof Sirkeci has been a visiting researcher at University of Cologne (Germany) in 1999.
Prof Sirkeci’s research spans into various multidisciplinary areas including marketing of higher education, transnational consumers, segmentation, segregation, mobility, transnational space, ethnic marketing, ethnic conflict, remittances, immigrant businesses, and reproductive health. His research has attracted funding from international funding bodies including the European Commission, the British Academy, the World Bank, and the UK Higher Education Academy. Since 2014, Prof Sirkeci’s research on remittances and transnational mobility was sponsored by Ria Money Transfer, a leading money transfer company.
Professor Sirkeci has served as the founding editor and chief editor of several journals including Migration Letters journal, Göç Dergisi, Transnational Marketing Journal, Remittances Review, Border Crossing and Kurdish Studies. Many of these journals have been among the leading reputable academic outlets in their respective fields and indexed and ranked by various institutions.
Professor Sirkeci has published several books, many book chapters, journal articles and other research pieces at prestigious outlets including journals such as Journal of Research in Interactive Marketing, Environment and Planning A, International Migration, Ethnic and Racial Studies, Population Review, Migration Letters, and Journal of Biosocial Science. He has also been a regular contributor to various international refereed conferences of learned societies and associations including the Marketing Science Society, Academy of Marketing, IUSSP, EAPS, and BSPS. 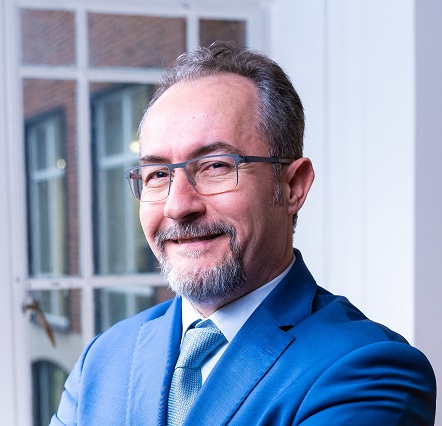 Prof Sirkeci’s co-authored book Cultures of Migration was named “Outstanding Academic Title” in 2013 by US Magazine Choice. Prof Sirkeci was awarded Excellence for Research staff award by Regent’s University London in 2014.
Professor Ibrahim Sirkeci has launched and served as the chair of The Migration Conferences since 2012.